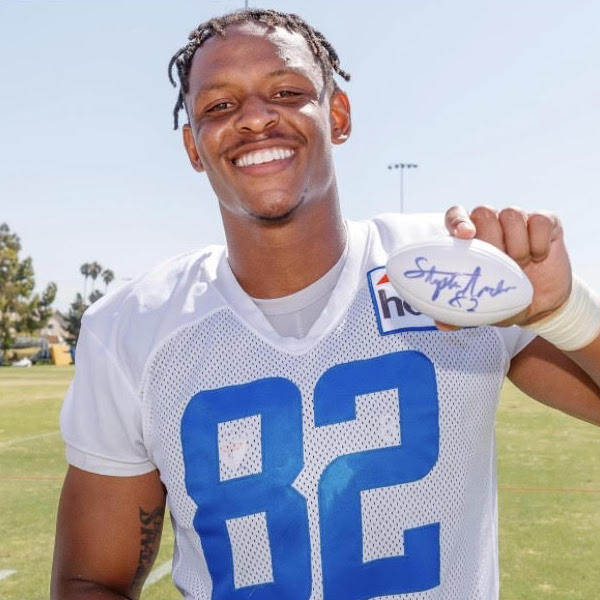 Born and raised in San José on January 30, 1993, Stephen primarily grew up in the neighborhood surrounding Mount Pleasant High School. He got his love for the game of football from his dad, a coach and a huge fan, and started playing when he was just five years old.

Anderson attended Sierramont Middle School in the Berryessa Union School District, then went on to shine as a two-sport athlete at Piedmont Hills High School. He excelled on the field as well as the court, making the varsity basketball team as a sophomore and playing varsity football as a junior. During his senior year at Piedmont Hills, Anderson took home MVP honors in both football and basketball and led the Pirates to a Central Coast Section football championship.

Anderson was a walk-on at Cal before earning an athletic scholarship to finish his education. Overall, he played in 37 games for the Golden Bears, including 25 starts. He finished his collegiate career with 101 receptions for 1,260 yards and seven touchdowns and earned both All-Pac-12 honorable mention honors and Cal’s Ken Cotton Award as the team’s Most Courageous Player as a junior and senior.

In 2016, Stephen signed as an undrafted free agent with the Houston Texans of the National Football League. He is currently a tight end with the Los Angeles Chargers and playing in his sixth season as a professional.